Three semesters later and this is where I am every semester: exams in a week time, not prepared and not even stressing about it. Bravo for the confidence, I am so screwed with my destiny lies with the double figures published on early December.

A couple of interesting things happen during this period of time:
1. I will be listing to-dos for the winter/summer. Plans which are so more exciting, interesting and extensive than my lecture notes. I always have so many to-dos that I couldn't finish them all.
2. My odd sleeping habits and hours. During the first semester, I fell asleep with the lights on at 9pm right after dinner.  Second semester, I survived on a 15 minutes power nap every day and I proudly announced that my power nap was becoming very powerful. That was when I trained my 7-8am body clock regardless of what time I hit the bed. Third semester, I have a nap at 2-3pm every day, with my tummy filled with lunch. Healthy much? It's 2.45pm and I am feeling very sleepy.
3. I go on Facebook fast and develop an urge to create an account on other social media. Second semester was Twitter, now with Instagram which I decided my lifeless life should not continue. Hence, I am good with Blogger. This blog has been a place I write on my feelings. Hence, when my feelings overpower my study urge, as always, I blog.
4. I finally know what my courses are all about and why don't I discover this earlier? Well, this semester is the worst of all. I have 6 days to go with 4 exams in the next 6 days. Cramming is never my thing but I guess I have to cram 3 courses in my heart and soul.
5. I do have some awesome batch cooking skills. The cooking skills deteriorate this semester, I don't think I have ever eaten such badly-cooked food in my life. It's funny that I just had a Food Project during winter. But now I am loving myself more, Pasta Carbonara, Yang-Zhou fried rice and Mee Goreng next.
6. Opportunities always knock at this time, with internships. It is difficult to hold the temptation, knowing that I really shouldn't sign up for this 9-5 job. It is interesting how when one door closes, another door really does open. Another discovery today has given me a confidence boost and a much-needed push. My thoughts became clearer today too, where I can work around things by being flexible and looking it at an optimistic side. Thank God for making this happen. 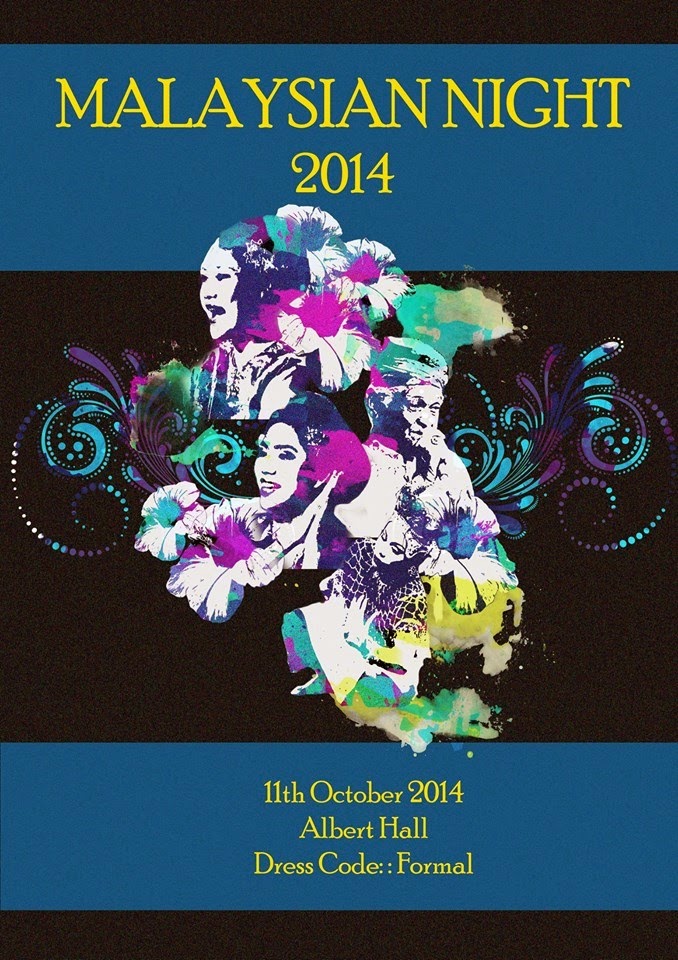 A 6-month project concluded last week. When people asked, how am I feeling? I paused and struggled for an answer, because I felt blank. For 6 months, from nothing to something, something to everything, Malaysian Night was all I can think of. I messed up my priorities, diet, and lifestyle for a trade of old experiences and test of new ideas. Since it was started, I measured the worthiness with both process and outcome. Both generally received pleasing reviews, and to see it grow and to see it end, it wasn't the best and I think I had tried my best. 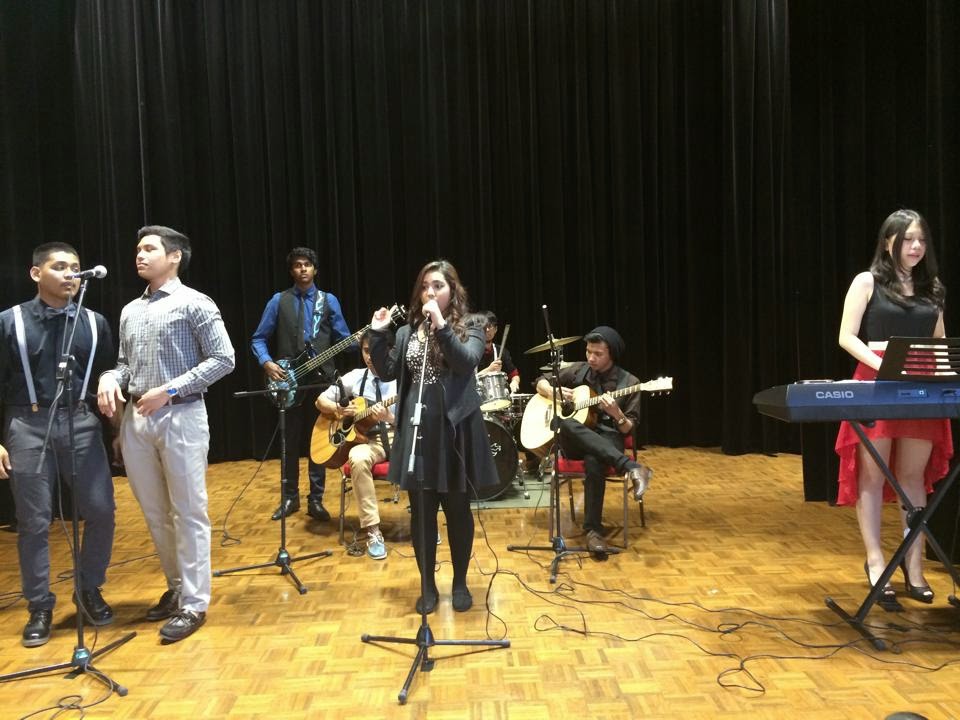 The opening act was a 5-songs performance. I pursued piano since I was 5. But I didn't enjoy or appreciate the expensive weekly lessons. I remembered crying, rushing my theory homework 30 minutes before my piano teacher comes and having my fingers hit for playing the wrong notes. I don't have a distinctive taste in music but after awhile, playing the piano is an escape from reality. I picked up violin for a year in college, tried out guitar and ukulele as leisure. The band for Malaysian Night progressed from a 6-minute act to a 20-minutes act, I was glad to be a small part of the 2 cover songs they performed, for I will never have the courage to produce my own singing covers or playing the violin again. 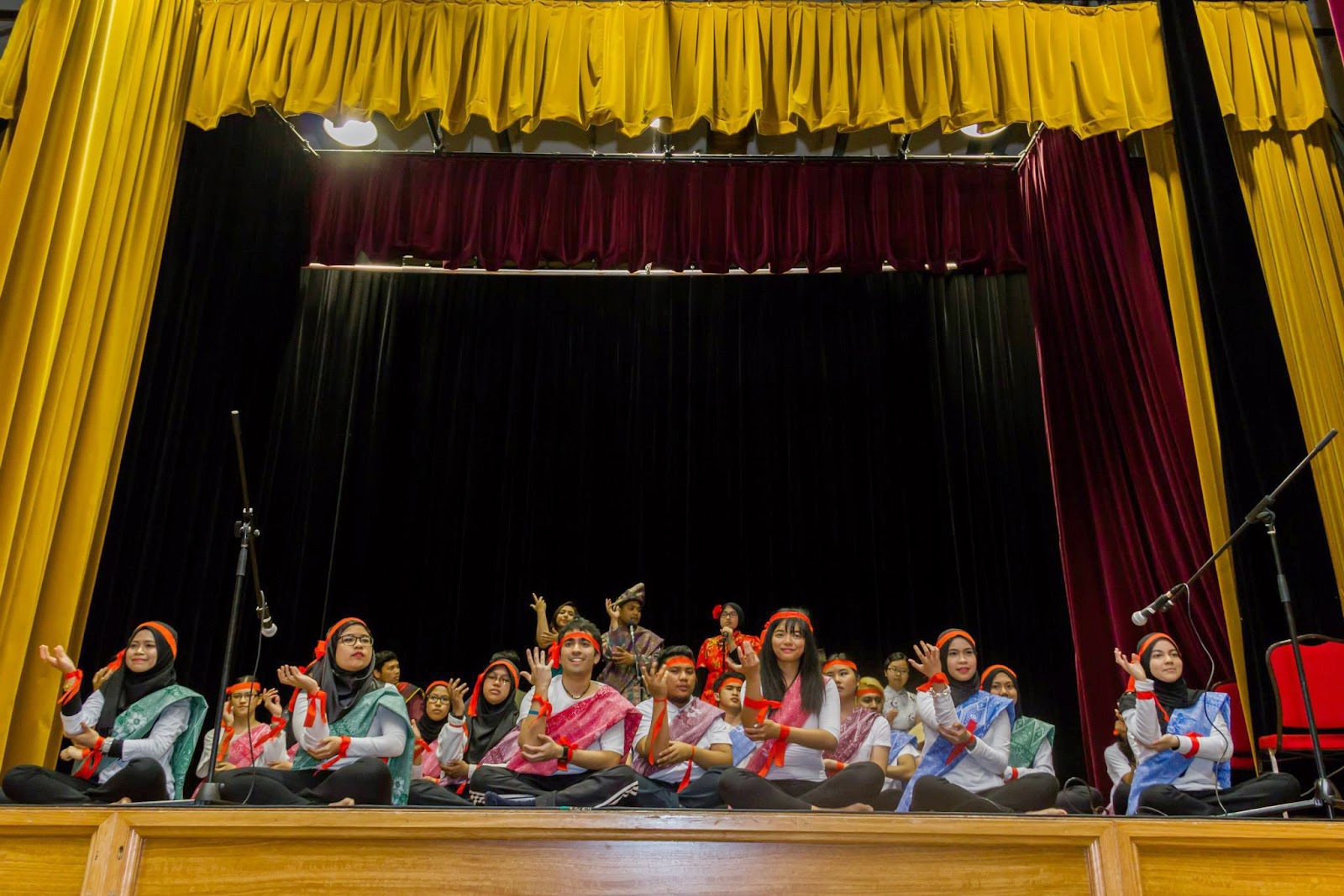 Back in 2006, I participated in Dikir Barat performance in my secondary school. We were crowned as the champion and the whole process united our classmates as a whole. We were the noisiest and most annoying, but the best. I joined as a Awak-Awak (clappers) once during the Dikir Barat rehearsals for Malaysian Night. It was reminiscing and the songs are still echoing in my head. 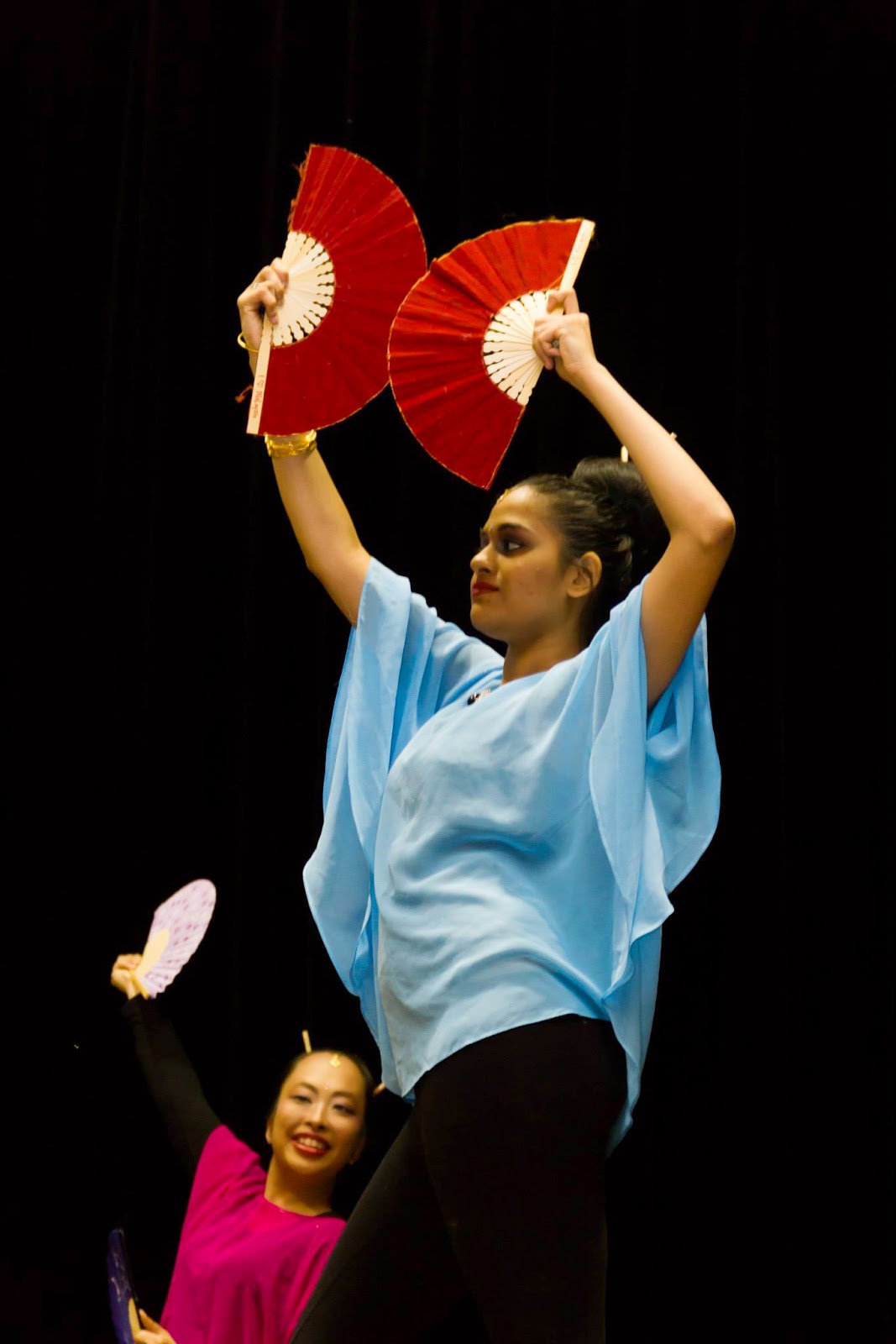 Not many know that I pursue ballet for a short while when I was 6. I quitted, and regretted. Dance is probably an area I didn't get to pursue or master. There are so much meaning behind the storyline and the moves. There are so much work needed to perfect a 8-count move. The dance team was one of the most diverse and fused crew of all performances. I was glad to see the internationals coming together to perform a dance related to Malaysian culture, but I guess I will need to learn how to convey meaning in dance. 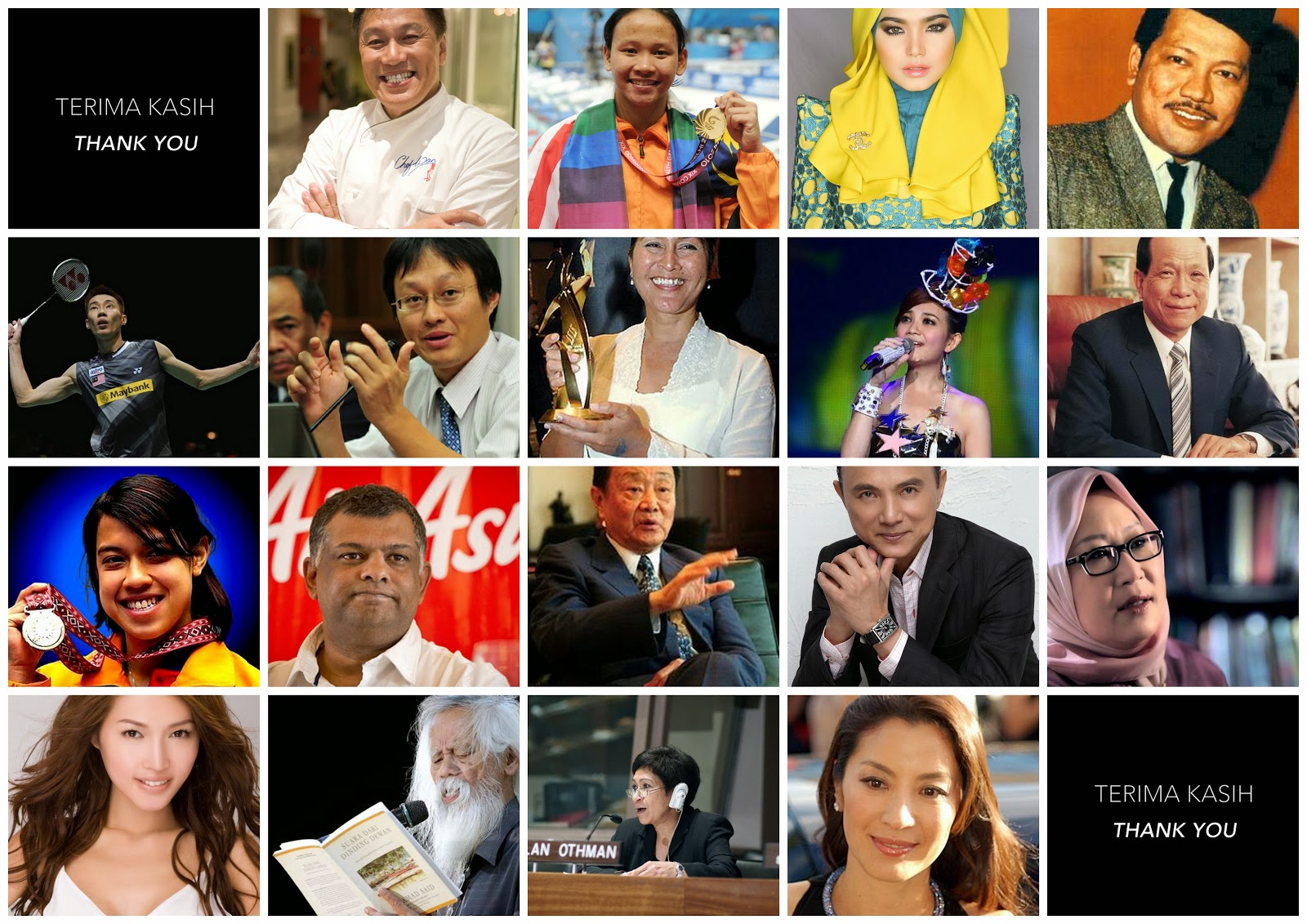 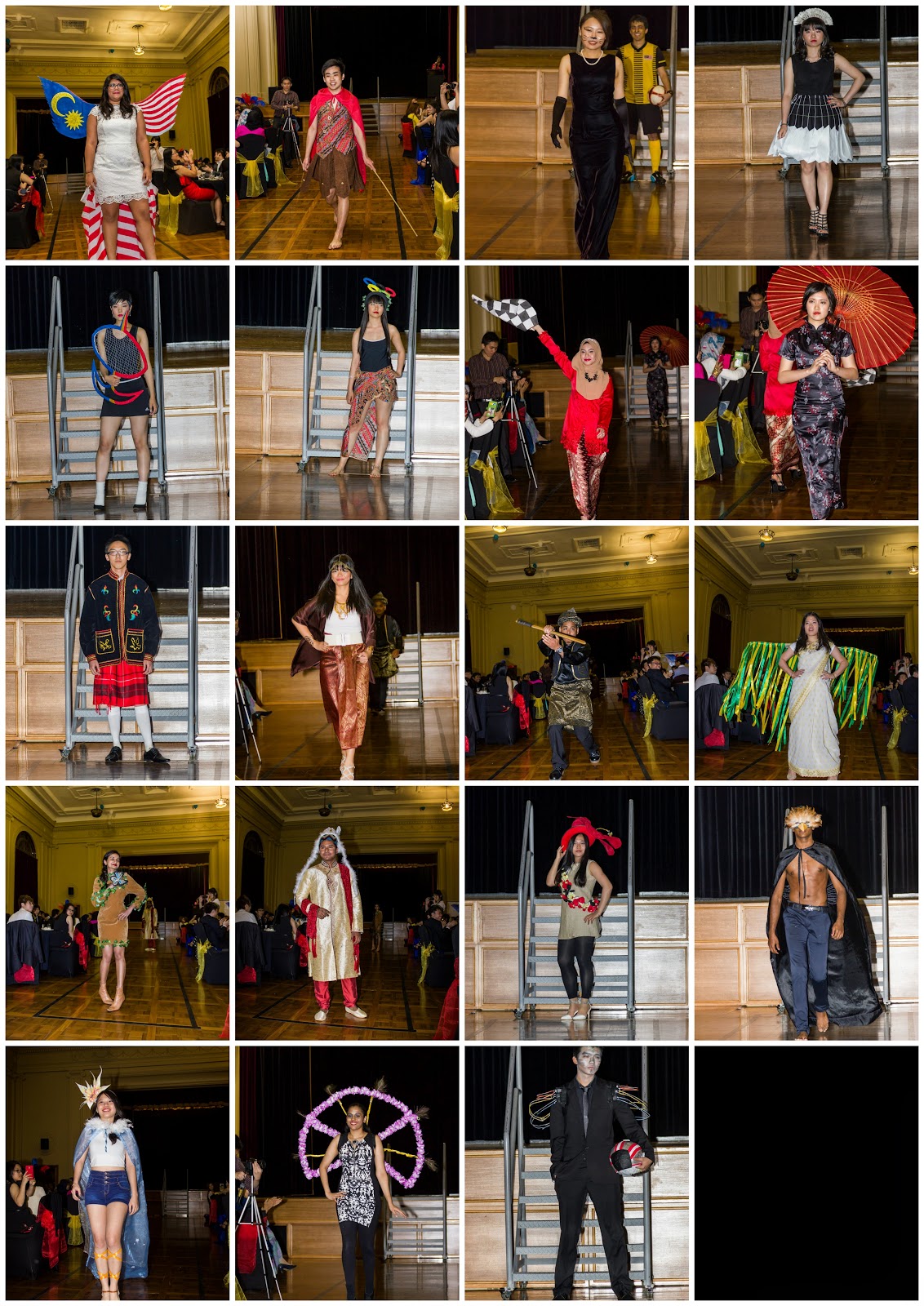 The most controversial and scrutinised of all, the Runway Show. I was both amazed and dumbfounded of how the response on this fashion show, right from the start till the very end. This is my 4th fashion show and my first designed show. I was a Black Rose in 2007, a Polka Dot girl in 2008 and a American/Indian-fused model in 2009, and now 2014, it was all about fusing a Malaysian element and an external element. Victoria Secret-inspired, never been done, I tried my luck on art and creativity, to feature as many Malaysian elements as I can, as a brand new image to Malaysians and non-Malaysians. Behind each costume, hides my interpretation of Malaysia which will be told in a Facebook album. The Runway team was the best team I had ever worked with, I was truly moved by their dedication and commitment. Credits to the amazing team, this Runway dream would not be possible without each and everyone of you.

Trying on managing the team wasn't something I wanted to sign up. I've always enjoy observing organization and people, slightly more critical after studying Sociology and the Sociology of Organization. I missed my volunteer team terribly. The level of physical and mental commitment were so heavy but we never fail to see each other every weekend and be on standby each night. The team stayed as a family with a passion to serve the nation. I was surprised to experience that once again, seeing different 'families' were formed and be part of the 'families'. I was glad I got a chance to be involved in management, and grew closer with the fellow crew.

This Malaysian Night was a project with blood, sweat and tears. Friendships were jeopardised, priorities were abandoned, two separate weeks of emotional turbulences and my life is still a mess. But it was exchanged with bonding of teams, creating new friendships within and out of the crew, testing new ideas, pushing to the current limit, accomplishing a few hobbies and learning new things. It was worth it after all, as long as I don't screw up my semester result.

A week had passed, and I haven't recovered physically and mentally. A friend stated that I didn't want to recover. Perhaps it's true, how to let it go when it has been like nurturing a baby. I longed for hugs and shoulders, but probably all I want is to sleep through the day and night. After this Friday, I will officially put Malaysian Night behind and a new chapter is ahead. And I will be better prepared this time. 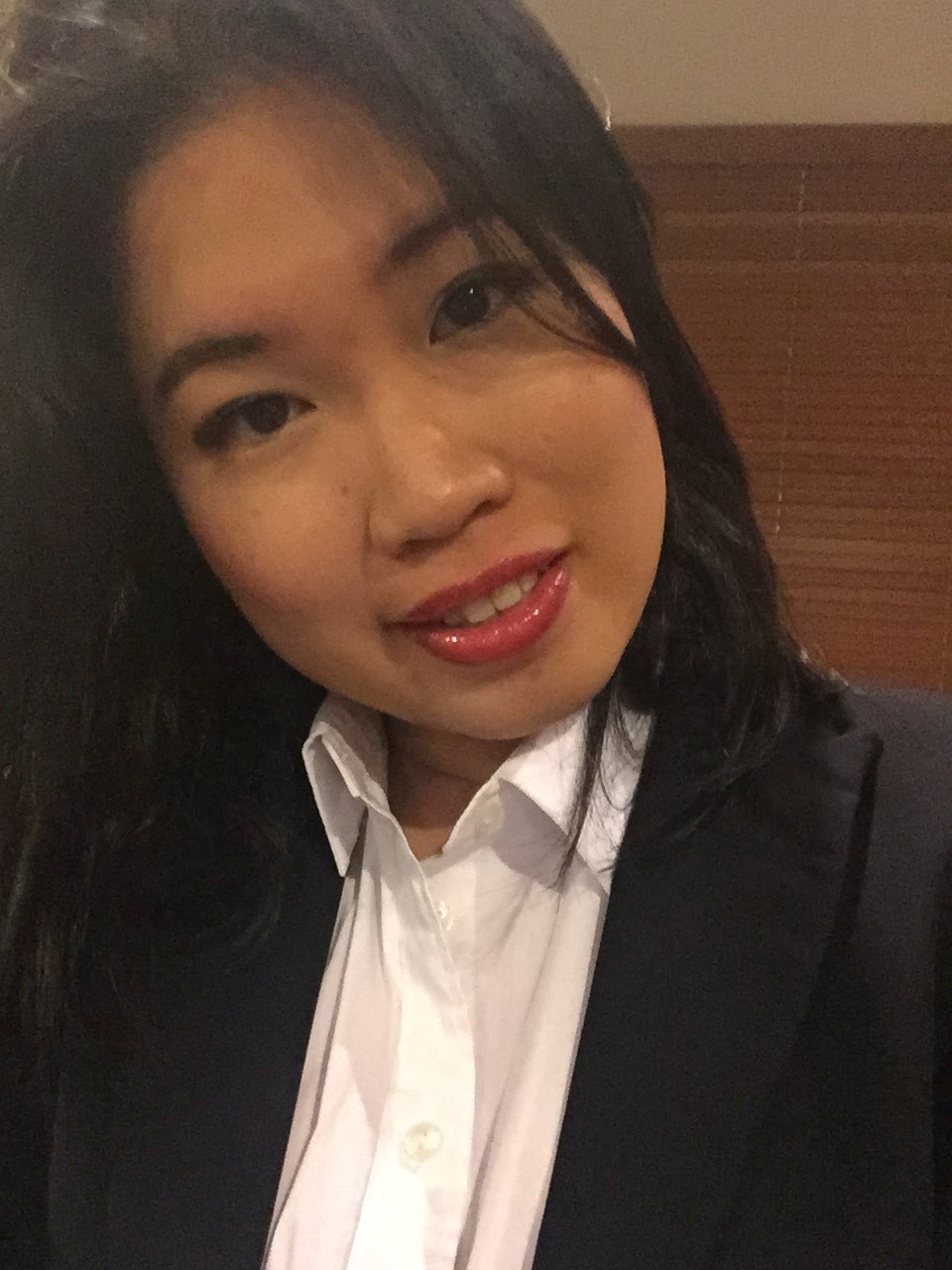